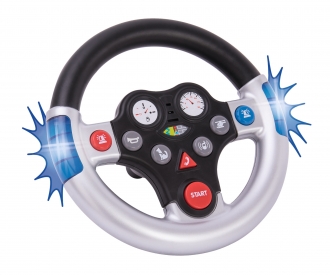 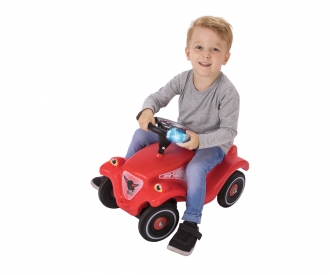 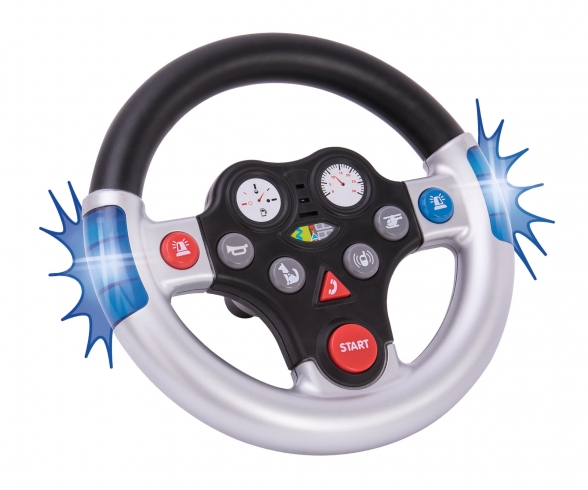 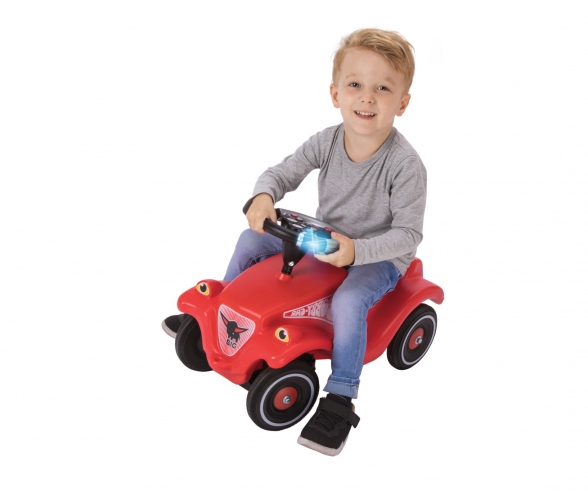 currently not in stock

we will pass on the reduction in VAT to you with an automatic discount in the shopping cart.

Thanks to the BIG Rescue Sound Wheel, any playroom or playground can be turned into an action scene at the touch of a button, as the driver of the BIG Bobby Car arrives to provide assistance in an emergency. Whether they want to be a police officer, firefighter, helicopter pilot, paramedic, ambulance driver or dog handler, young drivers from 12 months up have everything they need for tricky rescue missions with the BIG Rescue Sound Wheel.

All it takes is a call to the emergency services and they’re off, with the sound of their vehicle starting up. Accompanied by the noise of a fire engine siren, and the siren and flashing light of a police car, the little rescue worker is on their way, using the telephone button to alert their colleagues en route. And if there's a problem getting through the traffic, they can sound their horn to warn other drivers. After all, every second counts. Pressing the radio button enables the rescue worker to receive the final instructions as they approach the scene. As they get closer they can already hear the police dogs barking. If a helicopter is needed, this is quickly summoned and can soon be heard approaching in the distance.

Eight original sounds can be activated by pressing different buttons on the wheel. Young drivers can choose between a police car or fire engine siren, with an integrated flashing blue light.

The BIG Rescue Sound Wheel is splash-proof and fits all BIG Bobby Car models (New and Classic) built in 2010 or later, as well as on all BIG tractors. 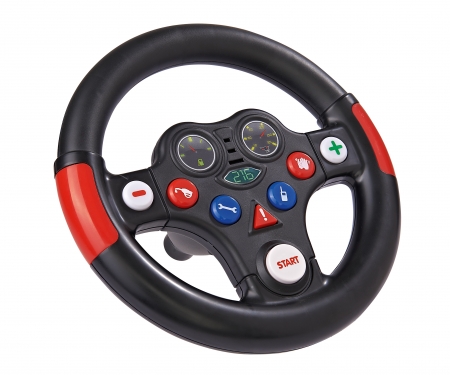 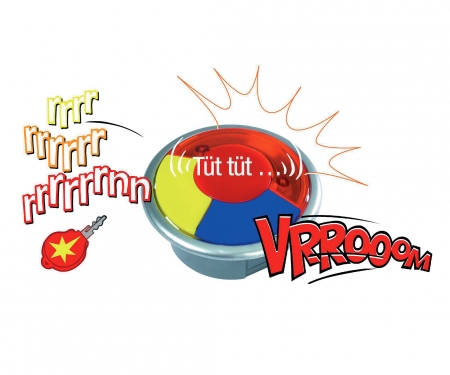 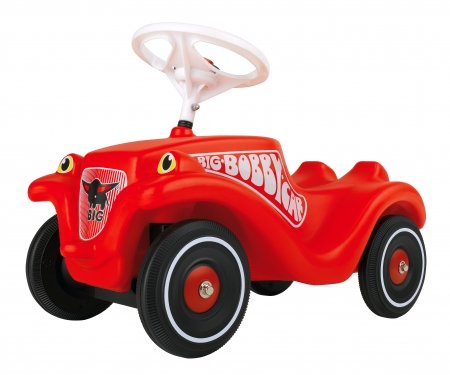 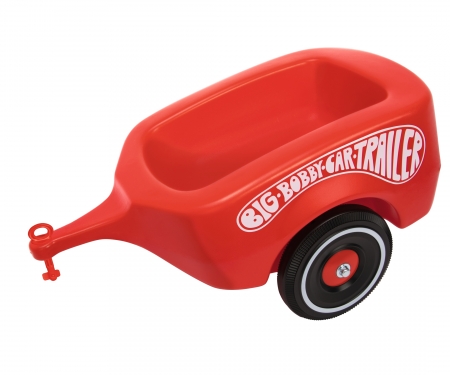 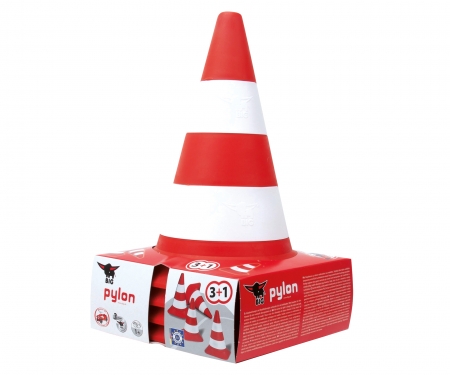 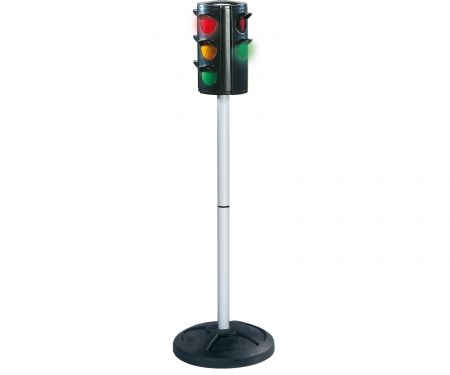 (0)
Write your own review

Write your own review

By submitting feedback you recognise the following terms and conditions:
Any feedback submitted shall become the sole property of SIMBA-DICKIE Vertriebs GmbH. We reserve the right to shorten or alter submitted feedback if necessary, provided that the meaning is not thereby distorted. We also reserve the right not to publish feedback or to remove it. In submitting your feedback you grant us exclusive licence to use it further without any restriction of time and place, and guarantee that the feedback is unencumbered by the rights of third parties. Your feedback may be used in all the publications of SIMBA-DICKIE Vertriebs GmbH (Internet, email newsletter, print, etc.). Legal entitlement to remuneration of any kind does not exist.

All prices are final prices, which include statutory VAT.

Goods already in stock with the vendor will be shipped – unless otherwise stated in the offer – within two working days after receiving an order.

With goods not in stock, the delivery time can take up to two weeks from receipt of order.

You can determine whether or not the goods are available from the text of the offer. If there are no details given about the stock or delivery times, the delivery times for goods in stock will apply. Part-deliveries are permissible unless the customer has no discernible interest in them or they would be clearly unreasonable. Reasonableness applies if

In the event of an ordered item not being available, the vendor reserves the right to render a service equivalent in quality and price (goods or service) insofar as this is reasonable for the customer and the latter agrees to the replacement in writing. If this is not possible or should the customer not agree, the vendor may not render the promised service. In this instance, the statutory provisions shall apply.

Your order will be delivered by the shipping service of DHL.

Please note: A delivery to a PO box is not possible!

Delivery times outside of Europe:

The delivery outside Europe may take up to 4 weeks after receipt of order.